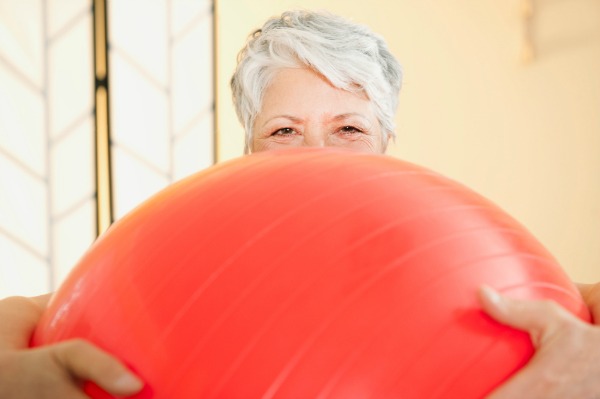 As an antidote to our youth-obsessed culture—which tends to put a negative spin on anything to do with growing older—we bust a few misunderstandings about the physical, emotional, mental and sexual state of seniors’ health.

If you have ever opened a refrigerator door and can’t remember why, you may have wondered how you would fare cognitively in your later years. Although memory and concentration both slip after age 30, it’s a relief to know that certain activities may enhance cognitive function and perhaps slow age-related cognitive declines. In two studies published by neuroscientist Denise Park which tested the memories of 239 adults ages 60 to 90, about half of the participants spent 16 hours a week over three months learning new skills, including how to use an iPad. These seniors showed greater improvements in memory than the participants who performed unchallenging tasks. Dr. Park believes that older adults who learn demanding new skills tap more diffuse brain circuits and pathways to compensate for age-related deficits. As she observes in Why Everything You Think About Aging May Be Wrong,“Novelty combined with mental challenge is very important.”

When it comes to sex, you might not automatically think of two seniors making love – but rest assured, sexual activity does not die the day you turn 60. Studies and surveys show that the brains of seniors want and enjoy sex, points out Judith Horstman in The Scientific American Healthy Aging Brain. In fact, a national survey of men and women between 75 and 85, showed that 75 percent of male respondents and half of women respondents said they were still sexually active, making regular checkups for sexually health care as important for seniors as any other group.

Undoubtedly, some seniors do have serious health concerns; the good news is that you can avoid many health conditions at any age by proactively taking care of your health. For instance, eating healthily can reduce high blood pressure, lower high cholesterol and help prevent arthritis, while proper exercise can help prevent falls and improve balance and circulation.

Don’t beat yourself up if you were a sluggard in your youth or middle age – even though you do lose balance, muscle mass and endurance as you age, it’s almost  never too late to reap the benefits of moderate exercise. For example,  studies of older men and women (some as old as 98!) show that partaking in exercise can lead to an increase in thigh mass as well as walking speed and endurance. Of course, always consult with a physician if you have any health concerns –running a marathon or jumping rope is not be for everyone!

There’s been a lot of media attention lately about socially isolated seniors, and although loneliness can be an issue with some older adults (as well as with some younger ones too), it doesn’t hold water that most elders are lonely. Several academic studies indicate that friendships may improve as we age. “Older adults typically report better marriages, more supportive friendships, less conflict with children and siblings and closer ties with members of their social networks than younger adults,” says Prof. Karen Fingerman, the co-author of a study on close, problematic and ambivalent social relationship, in Why Everything You Think About Aging May Be Wrong.

Francine O’Neill serves as a clinical resource for resident care directors, overseeing ongoing quality improvement programs and regulatory compliance. She assists with identifying and implementing programs that enhance care delivery and service to our residents and their families. Francine has more than 20 years of experience in health care, serving in both clinical leadership and operations management positions across the continuum of care including assisted living, long term care and acute care. Francine's favorite traits in others are COMMITMENT and ACCOUNTABILITY.