Arbor Terrace Resident Gets the Star Treatment at “Live! with Kelly and Michael”

Hedwig “Hattie” Smelter never imagined she would get up close and personal with two of her favorite morning show hosts. Every morning at 9 a.m. Smelter watches the “Live! with Kelly and Michael” show from her apartment at Arbor Terrace of Middletown. However, to mark her 100th birthday on Dec. 12, the Arbor Terrace team thought it would be wonderful to go to New York City, see the show and meet Kelly Ripa and Michael Strahan.

Smelter, accompanied by Megan Policastro, senior care counselor and Debra McCarthy, director of resident relations, attended the Jan. 21 show in a front row seat of the VIP section. Arbor Terrace driver Tony played the role of chauffer for the trip into New York City and the ABC studios.

Everyone at ABC was so kind to Smelter. She was able to get in a picture with Kelly and was presented with a “Kelly and Michael” mug. 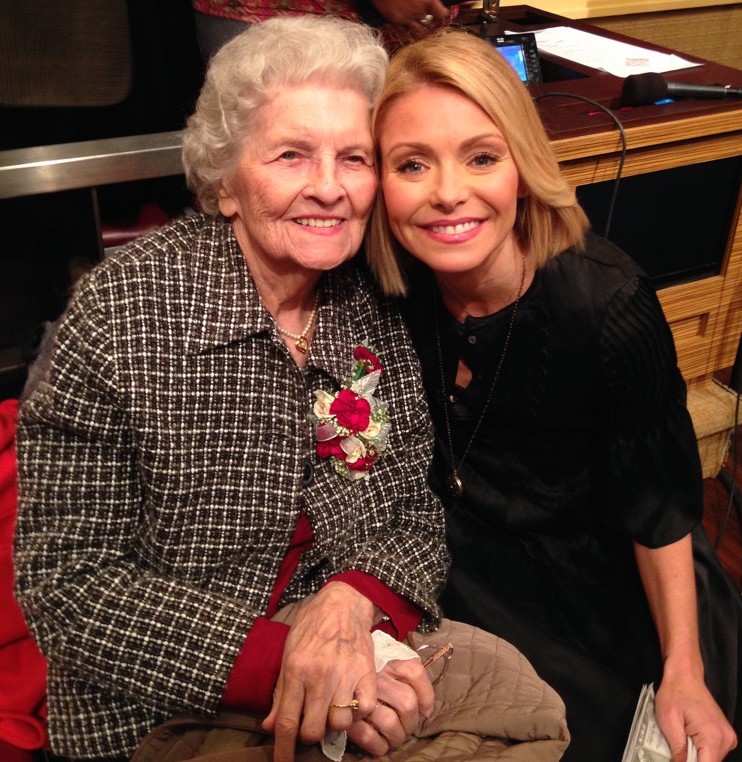 “I could not believe the hospitality and attention that was paid to Hattie. Every time I looked at her she had the biggest smile on her face,” said Policastro. “Michael and Kelly chatted with her during the commercials and said goodbye to her when we were leaving.”

McCarthy added, “I was so excited experiencing this once in a lifetime dream with a very special woman. Seeing the excitement in her eyes and hearing it in her voice will stick with me forever.”