Summit of Uptown Couple Recounts Falling In Love at the Community 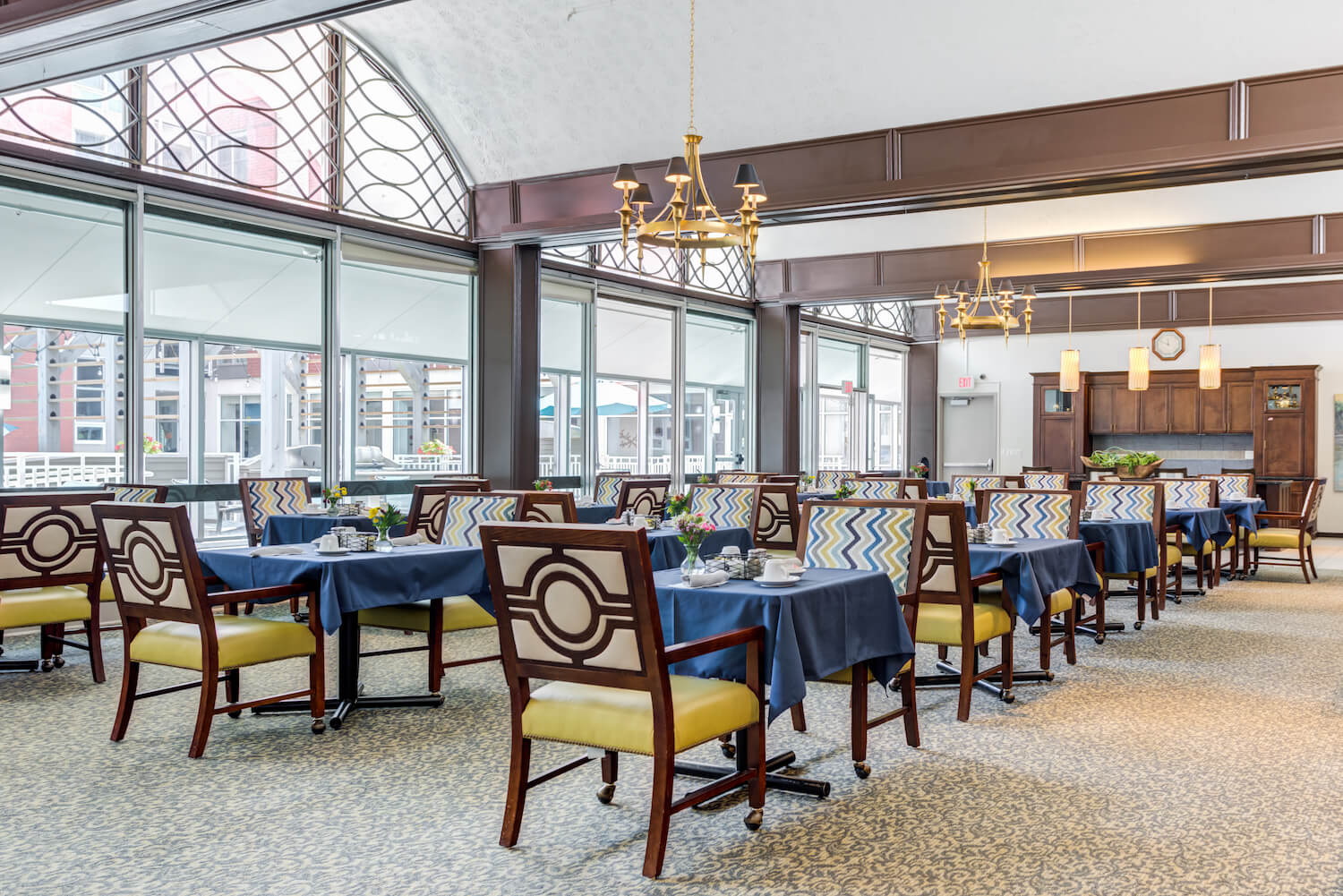 Celebrating Grandparents at Summit of Uptown

Summit of Uptown celebrated Grandparents' Day by asking several of our resident grandparents what advice have they made sure to pass on to their grandchildren.

This article was originally published by the Chicago Tribune, March 7, 2022
Written by Jennifer Johnson |Pioneer Press

The woman at the table across the way caught Michael Lawrence’s eye not long after she had moved into his retirement community in Park Ridge.

There was something attractive about her hairstyle, he remembers.

“It got my attention,” Lawrence, 78, said. “And every time I looked at her, she was laughing and smiling.”

After about a week of noticing the “new lady,” Lawrence decided to take a chance and actually talk to her. One lunch led to another and soon the pair were meeting for dinner and nights of TV-watching as well. 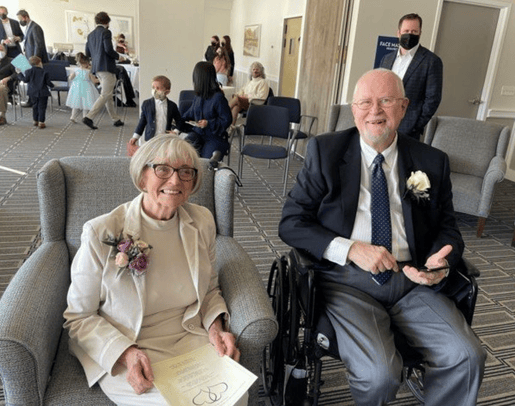 On Feb. 26, Michael Lawrence and Pauline Zorza were married at Summit of Uptown, their home for less than a year. Their families — including five children and 12 grandchildren between the two of them — were there, along with the friends they have made as Summit residents.

“It’s not a story to us — it’s just life,” Michael said with a laugh when speaking with a reporter. “But we’ve learned it’s not a common occurrence around here.”

Michael, divorced for more than 20 years and living in Elmhurst, moved to Summit’s assisted living wing in March 2021 at the recommendation of his doctor after suffering a stroke. He admits he wasn’t happy about the situation, but “decided to make the best of it.”

Three months later, Pauline, also divorced for many years, moved in to one of Summit’s independent apartments. Originally from Michigan, Pauline, 72, had recently retired from a 40-year teaching career and was encouraged by her daughters to move to Park Ridge in order to be closer to them.

It was shortly after moving in at Summit that the pair’s meeting over lunch happened. As they spent more time together and planned dates at Park Ridge restaurants, others seemed to notice their blossoming love as well.

One night, while at Harp and Fiddle, a young couple sitting next to Michael and Pauline surprised them by paying for their meal.

“I think it was their wedding gift to us,” Pauline said. “I don’t think we were even at that stage at that point,” Michael noted. “But we were probably acting lovey-dovey, as much as I hate to admit it!”

Pauline admits the phrase “he’s the one,” kept coming to mind. “He was very welcoming to me,” she said of Michael. “He didn’t seem to demand much information right away, and yet I was very willing to share with him. He’s a wonderful listener.”

“And Pauline’s a wonderful talker,” Michael cut in, laughing.

By November the couple were, officially, engaged.

“A couple of family members asked us if we were rushing into this,” Michael shared. “I told them, ‘At our age, what should we wait for?’”

“When we said we were engaged, it was a surprise to them, but they had smiling faces,” Pauline said. “My daughters even sent me a text message. They said, ‘Mom, he is such a nice man. We like him so much, so don’t let go.’”

A few weeks before their engagement was official, though, the couple knew where they were headed.

“We happened to walk into a jeweler — Erica’s Jewelry in South Park,” Pauline recalled. “We were walking through it and all of a sudden I saw some rings. I didn’t do that intentionally! But I tried one on and I really liked it a lot.”

“A month and a half later, in a tender moment I said, ‘Pauline will you be my wife?’” Michael said. “And she said, ‘Finally, you asked me.’”

The couple headed back to the jewelry store for the ring that caught Pauline’s eye — and added a wedding band to their purchase.

“So many of the people here, they were so tickled (by our engagement),” Pauline said of the other Summit of Uptown residents. “You would have thought they were my family. They couldn’t wait to see the rings.”

When Michael and Pauline’s news reached the Summit of Uptown staff, they offered to host the ceremony and reception at Summit. The pair agreed.

“We thought it was much nicer than we ever thought it would be,” Michael said. Staff also helped the newly married couple move into their own, new apartment, they said.

So far, married life has been good, the Lawrences say.

“Her only bad habit is that she wakes up so fearfully cheerful in the morning and I don’t,” Michael said. “I say, ‘Save it for later. I’m not ready for this!’”

“I think mainly she’s one of the nicest, most generous, caring people I’ve ever met in my life,” he added. “If you’re going to spend your time with somebody, that’s the somebody you want to spend it with.”

“What do you mean you’re ‘in’ the picture?” Michael replied. “You’re in the center.”

Welcome to Summit of Uptown

We love being a part of the Park Ridge, IL, community! Park Ridge has plenty to offer, and our residents can do, see, and experience it all, from visiting our museums to having a fun time in the entertainment district.

Our team would love to have you visit and experience senior living at Summit of Uptown! Get Directions