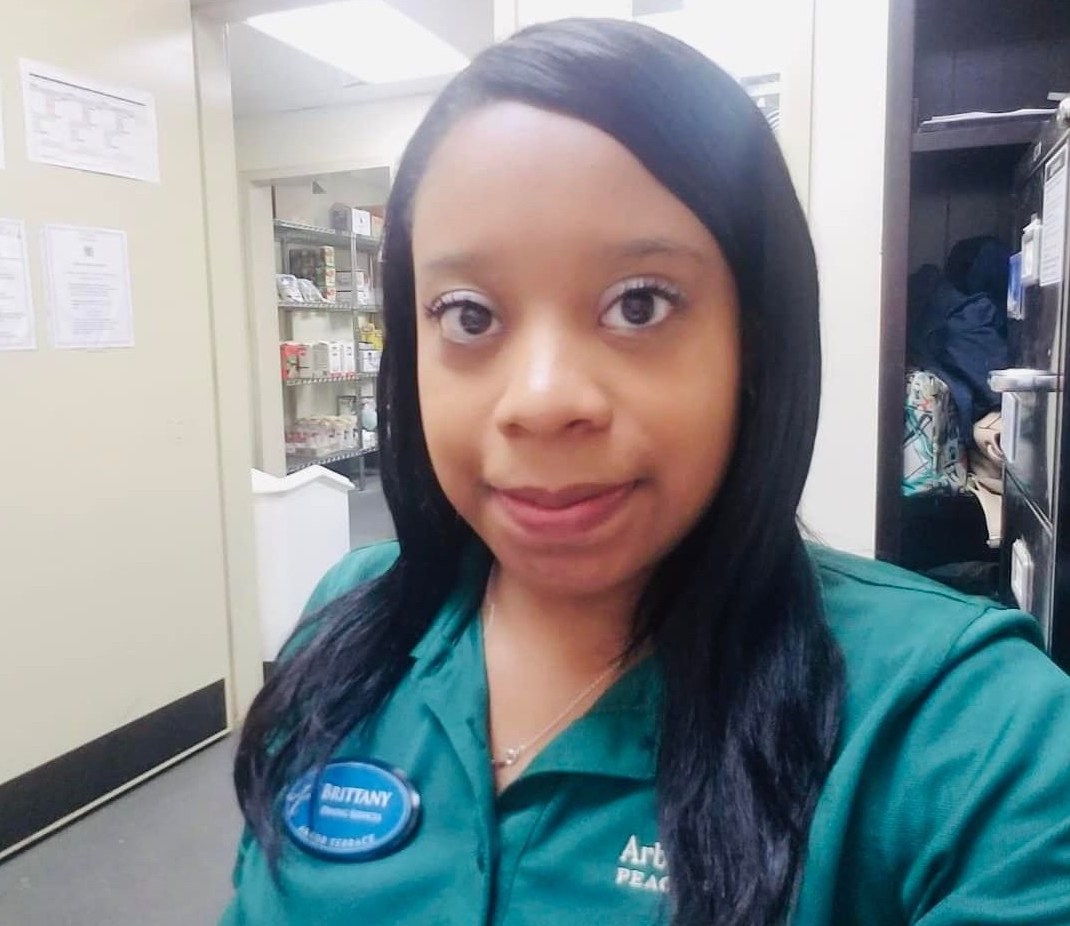 Written by Tupua Ainu'u, Edited by Executive Director Steven Sanders If you like great customer service with a beautiful smile and a warm loving attitude, Brittany, our Dining Supervisor, is the person to see. She is also a great assertive leader in the Dining Department. Bob Gregory has been part of the Arbor family for almost 8 years, having moved here with his wife Lois in January 2014. Bob has been living with his best dog companion, Sam, since the passing of his beloved wife. If there’s ever been a resident known to help out in his community, it’s Bob. He’s been the Resident Council Chair person for two years, active on the resident council for four, and has been in charge of running our Veteran’s luncheons for the past eight years.

He is now going to take a step back from his duties to enjoy his retirement even more. He says," At 92 years old, it’s important to step back and let the younger generation take over." We want to shine a spotlight on him for all he’s done. Let’s get to know this amazing man a little more.

Bob was born in Arlington, VA in 1929. His father worked for the Bureau of Internal Revenue and his mother was a stay at home mom. He served in the Navy and graduated from Ohio State for Engineering, his major in Dynamics of Fluid flow. He’s had many patents for manufacturing polymers. His hobbies are in amateur radio and cosmology—he provides a copy of Sky & Telescope magazine to our library each month, and has his own radio antennae by his balcony.

He is also a pilot and has flown many planes for work and for fun (he has 4300 hours of flying time). Even though he is retiring from his major responsibilities in our community, he will still give presentations now and then. He did such an excellent job with his last Veteran's luncheon presentation on Pearl Harbor, residents have requested that he share it with the rest of his neighbors!

We are so lucky to have such talented and amazing people like Bob here at Arbor Terrace Peachtree City!

We love being a part of the Peachtree City, GA, community! Peachtree City has plenty to offer, and our residents can do, see, and experience it all, from spending time at our botanical garden to visiting our historic sites.

Our team would love to have you visit and experience senior living at Arbor Terrace Peachtree City! Get Directions