Written by Kelsey Cornell, Edited by Tupua Ainu'u Though named Lois DeAndre at birth, many of you know her as Jack or Jackie. Her father always wanted a son to name after Jack Dempsey, the boxer, but instead, he had three girls. Henceforth, he settled into calling his middle daughter Jack and the rest of the world followed suit. 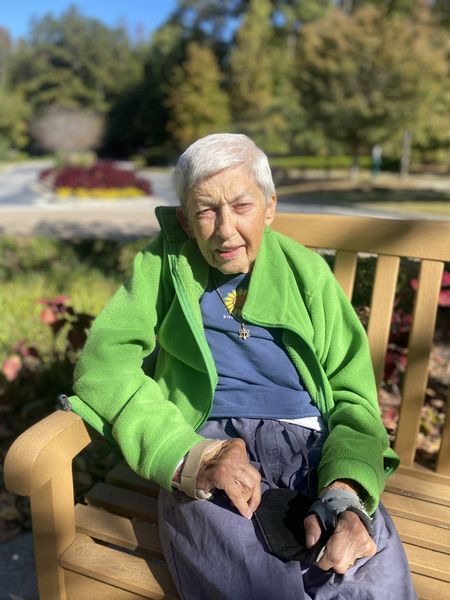 Though named Lois DeAndre at birth, many of you know her as Jack or Jackie. Her father always wanted a son to name after Jack Dempsey, the boxer, but instead, he had three girls. Henceforth, he settled into calling his middle daughter Jack and the rest of the world followed suit.

Jackie was born in Cumberland, Virginia. Her family traveled a lot as her father pursued his work at AT&T. It wasn’t until the second grade that the family finally settled in Atlanta, Georgia.

Jackie describes herself as the “renegade of the family” as she persistently pursued her education throughout her life. After graduating from Brown High School, she received her bachelor’s in business science. Later, as her children were starting school, she decided to get her teaching certificate, followed by her master's in math education. Jackie spent 21 years working with gifted children and eight years teaching 7th-grade math.

Jackie continued to teach until she took a paralyzing fall that broke her neck in 1989. She spent two months at the Shepherd Spinal Center, but her determination and rigor could not keep her from regaining her independence—so much so that the staff would use her to help encourage the patients around her. Turns out, her father was quite right in naming Jackie after a professional fighter.

Jackie met her husband, Jerry, at Georgia State. She recounts the story of Jerry going home to tell his mother that he had seen the woman he was going to marry. Jerry and Jackie dated for seven years and were married for 64 years before Jerry passed away in March of 2022. They have two boys, John Anthony, and Christopher Lee. Both children work for Georgia Power. John is now retired but was a senior VP, and Chris is the manager of volunteer affairs.

Jackie is truly a joy to be around and a wonderful neighbor. If you’re lucky, you can meet this “sun goddess” outside on the front patio, taking in some rays of sunshine on her usual sitting bench.

We love being a part of the Peachtree City, GA, community! Peachtree City has plenty to offer, and our residents can do, see, and experience it all, from spending time at our botanical garden to visiting our historic sites.

Our team would love to have you visit and experience senior living at Arbor Terrace Peachtree City! Get Directions