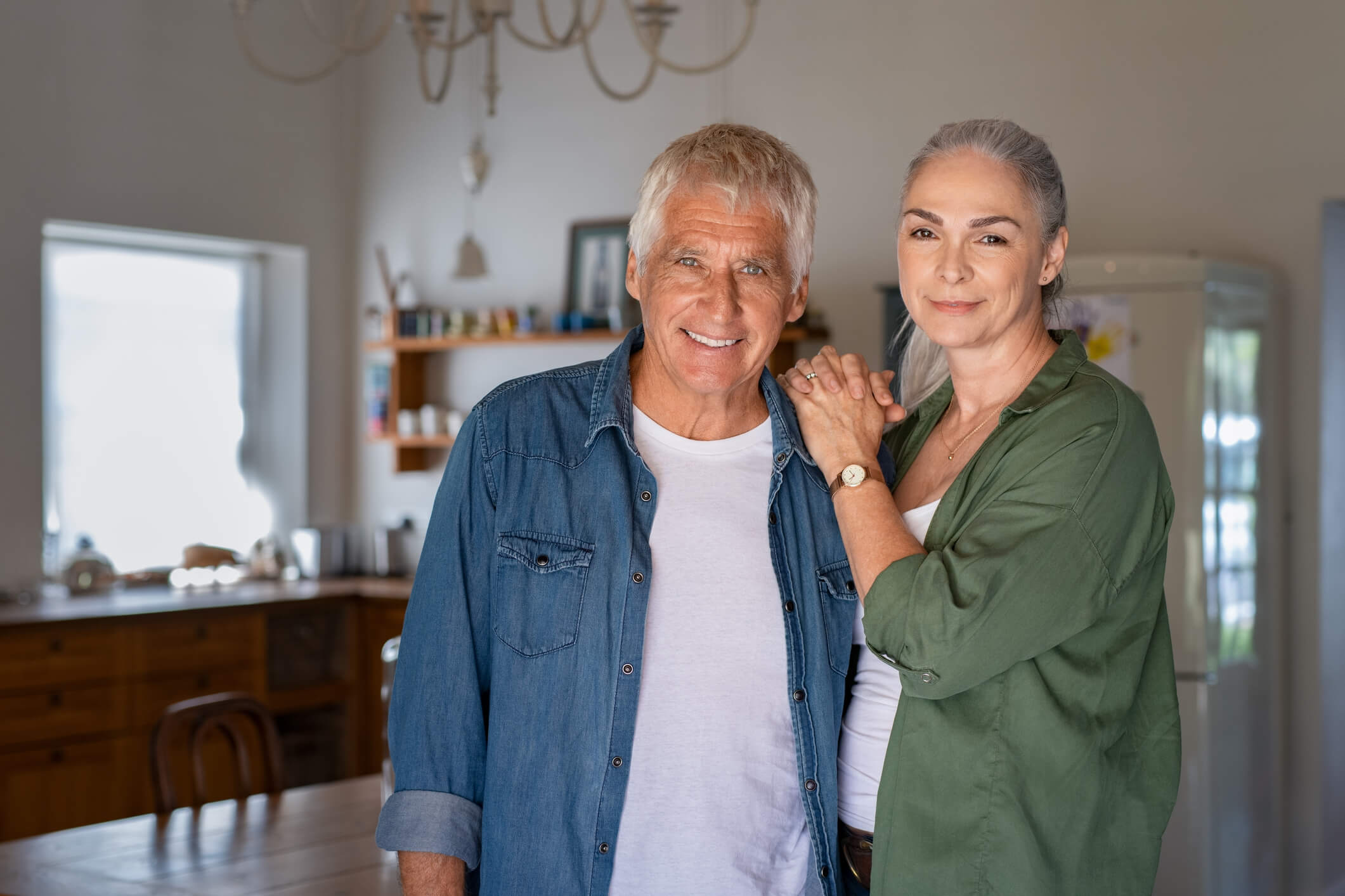 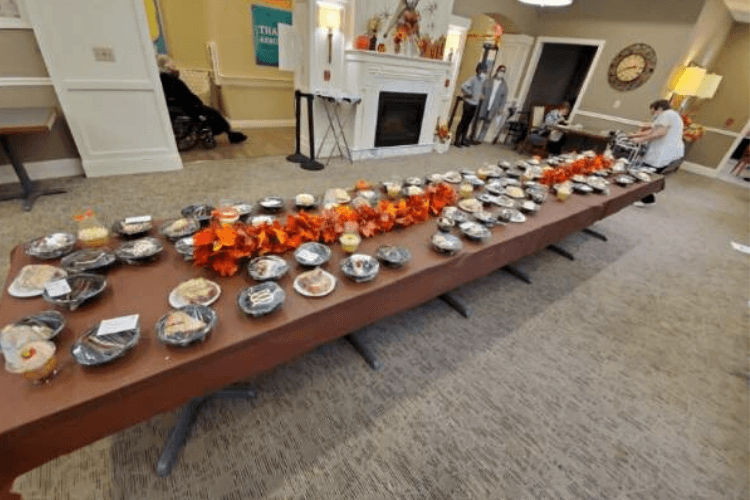 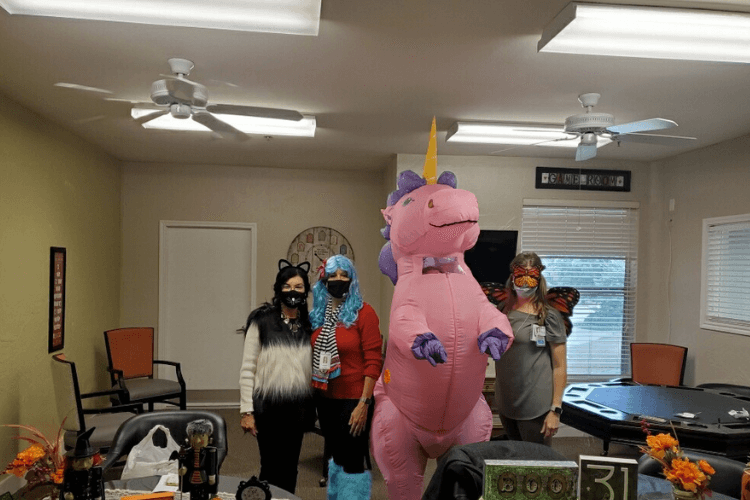 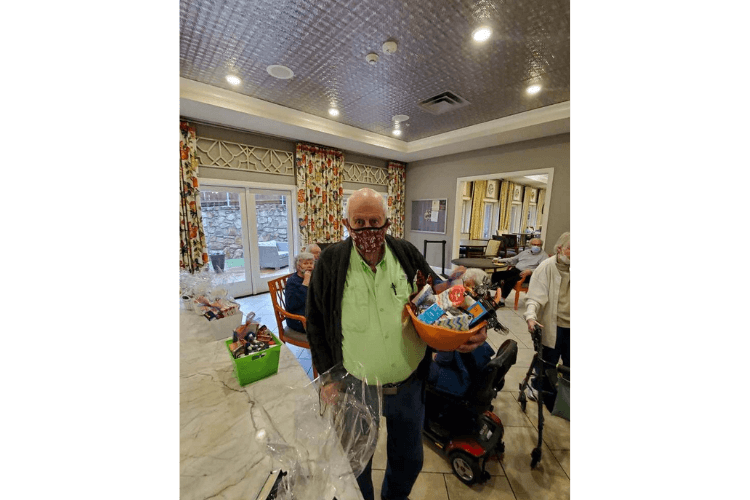 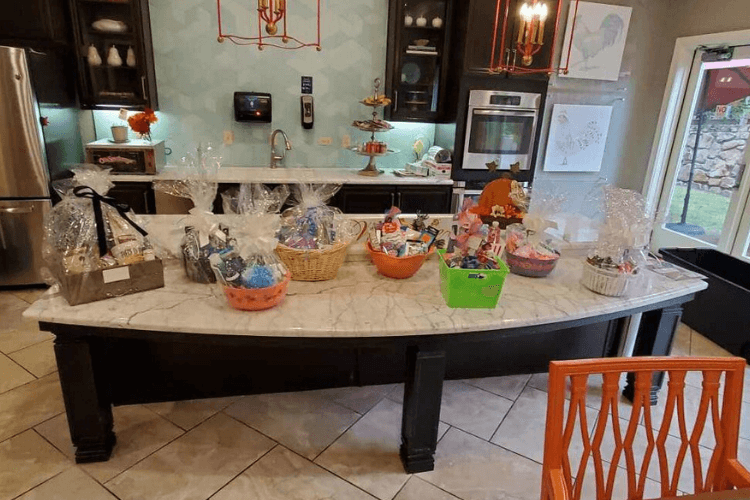 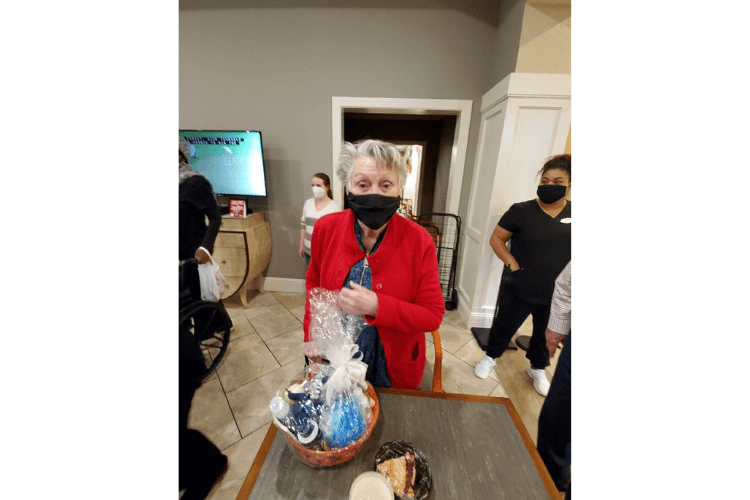 Each year autumn arrives on the tail of a Texas Blue Norther, generating excitement that can be felt throughout The Vantage at Cityview. October kicks off three months of fun, food and festivities. Instantly overnight, pumpkins appeared everywhere!

The Engagement team hosted a Fall Festival for the community during the last week of the month to celebrate the fall harvest and Halloween. Residents cheered each other as they played pumpkin-themed versions of Pong, Plinko and miniature golf. Others gathered at the photo booth to capture moments with fellow residents dressed in Halloween attire.

Food events received the most attention as the line for apple bobbing and participating in the cakewalk filled in quickly with over 50 desserts as prizes.

“The games y'all created and had were perfect for us residents. It is so much fun!" shared resident Bertie Wright.

"The Fall Festival was wonderful!,” said resident Pat Ipock. “The staff did a great job and worked so hard!”

For the closing activity, the Engagement team raffled gift baskets donated by community partners and vendors.

The goodies and activities made it difficult for residents to choose their favorite.

“The Fall Festival was fabulous. The vendors were so friendly and helpful. Beignets and coffee were amazing,” said Ginger Kirby. “The Engagement team did a wonderful job. They had everything so well put-together.”