In much of the country, July summers bring blistering temperatures. The higher the mercury rises, the greater the chances of heat-related illness. 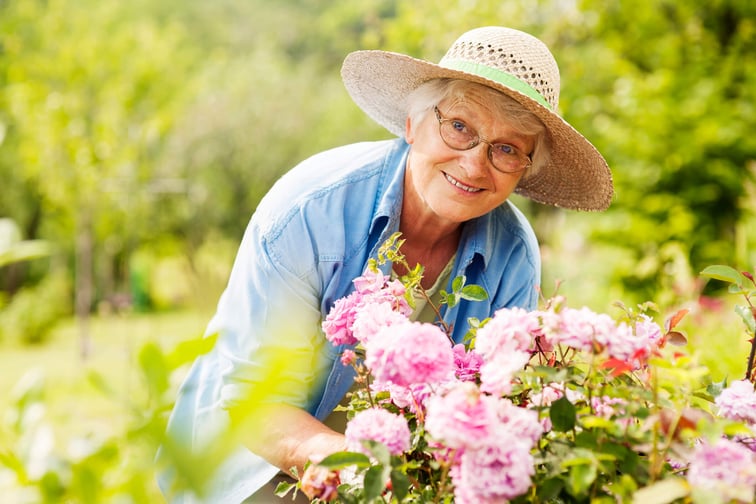 That’s especially true for seniors, who typically are more vulnerable to heat stroke than younger adults.

Older adults “are usually chronically dehydrated,” said Suzy Price, regional vice president of resident care for The Arbor Company. “They just don’t get enough hydration consistently anyway, so when they start to overheat or when they’re out in the heat, that can accentuate what could already be a problem.”

Many seniors take medications that can contribute to dehydration, such as diuretics – “water pills” -- or blood pressure medicines, and older adults who deal with incontinence issues may consciously limit their fluid intake, Price said.

“That’s a good conversation to have when they go in for a checkup: ‘How much water should I be drinking?’ Because we know the doctors will tell them more than they think they should be drinking,” Price added.

Another factor is that a person’s skin thins as one ages, meaning it isn’t able to absorb and retain as much moisture, said Gaylene Mukopfa, regional vice president for resident care at The Arbor Company.

Caregivers should make sure older adults are taking in fluids such as water or juice on a consistent basis so that they stay hydrated and can build up a reserve, keeping in mind that caffeine and alcohol can contribute to dehydration.

“They should be drinking before they are thirsty,” Price said.

Mukopfa said that one way to ensure seniors take in enough fluids is to give them small containers of water throughout the day, rather than one large glass or pitcher.

“Give it to them in a container that’s not overwhelming,” Mukopfa said.

Snacking on fruits and vegetables rather than cookies or crackers also can help keep the body hydrated, she said.

It’s also important for seniors to stay indoors during the hottest hours of the day, keeping an eye on the heat index and air quality scale, and to keep the air conditioner or fan running when the temperature begins to climb.

The morning and early evening are much safer times for seniors to be outside. Heat-related illness is a threat, even when seniors are spending time in the pool, Price said.

Skin cancer is another concern, so when outside, older adults should wear light cotton clothing, which is breathable, as well as a hat.

“And take frequent breaks, and go inside and cool down,” Price said. A cool, moist cloth on the forehead can help to lower body temperature.

“You’ve got to keep your body cool so you don’t overheat in the first place,” she added.

One sign of dehydration is dry lips, so a senior who keeps licking his or her lips may need to drink more fluids. Another signal, Mukopfa said, is when the skin doesn’t retract easily when it’s lightly pulled.

Headache or a feeling of light-headedness are the first symptoms of heat-related illness, Price said.

For seniors, “by the time they’re having symptoms, they’re well into being overheated,” she said. “You really want to avoid heat stroke; that could be a very serious complication.”

Donna Isbell Walker
Donna is a former newspaper feature writer and editor whose passion is writing about WWII and Korean War veterans.

Senior Wellness and COVID-19: How the Pandemic Has Impacted Seniors' Mental Health

Keep Your Heart Healthy as You Age