A Talent Show of One 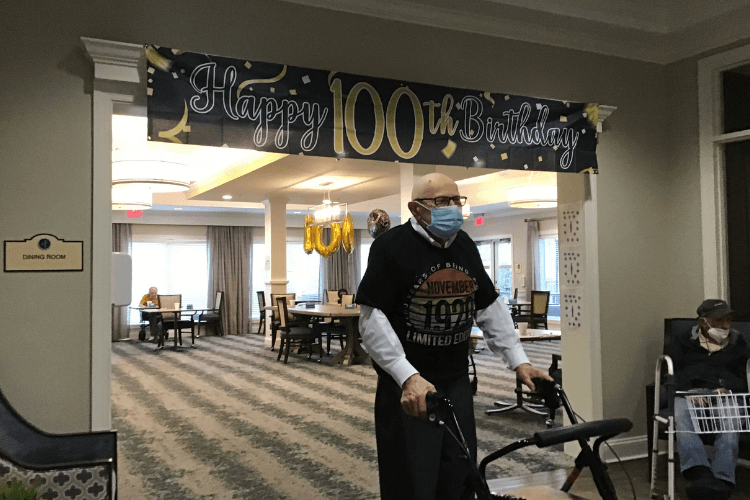 Centenarian Patrick Conforti was born on November 26, 1920, and raised in Newark, N.J. The U.S. president at the time was Woodrow Wilson, and one of the most watched movies was “Anna Boleyn.” He has been a resident of Arbor Terrace Roseland since February 2014. Patrick credits good gin and wine as his secret to long life. 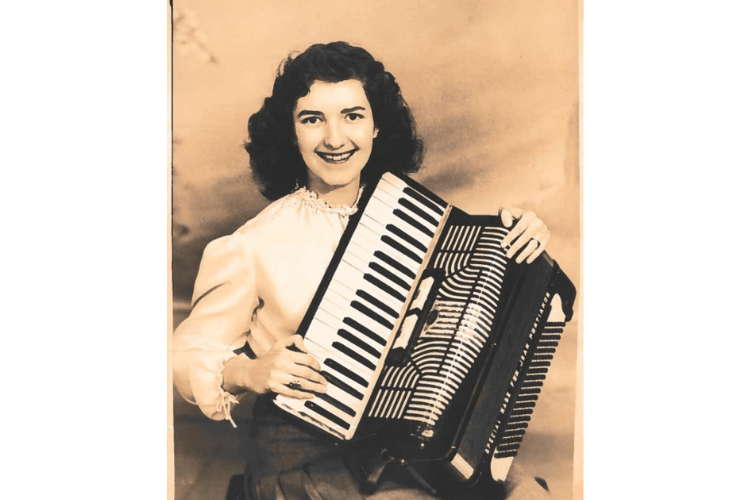 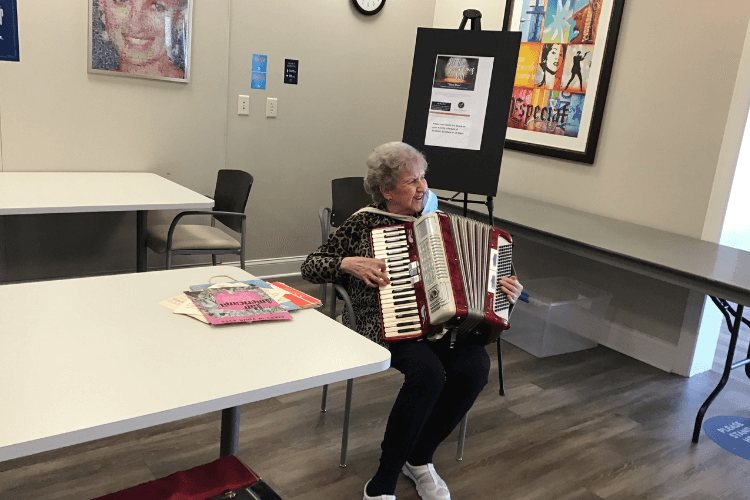 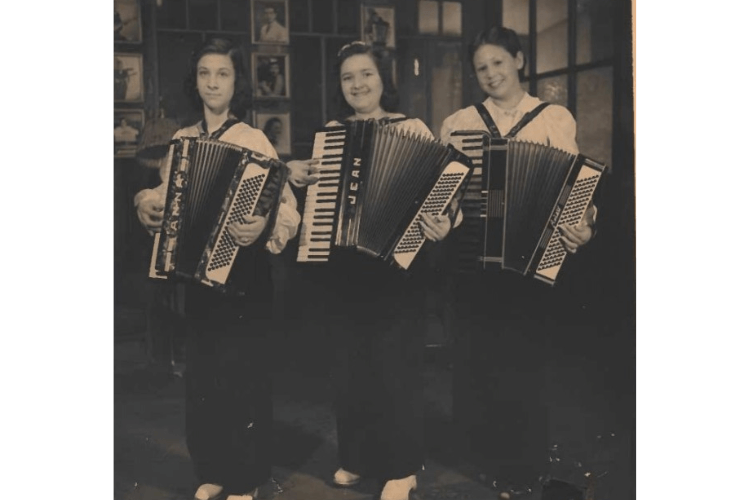 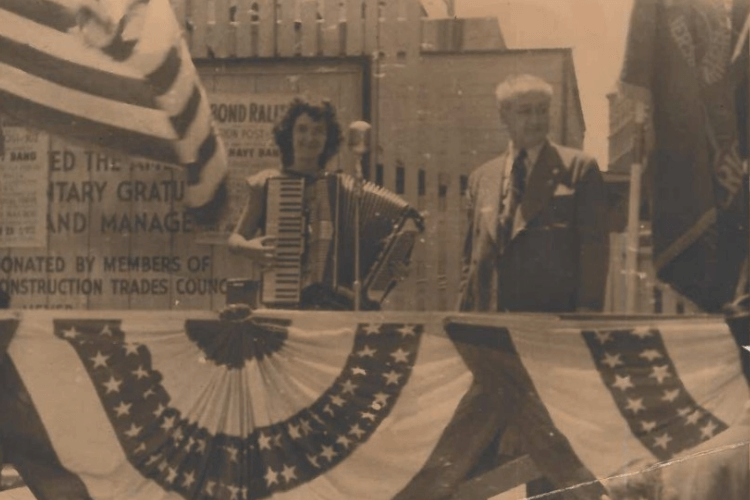 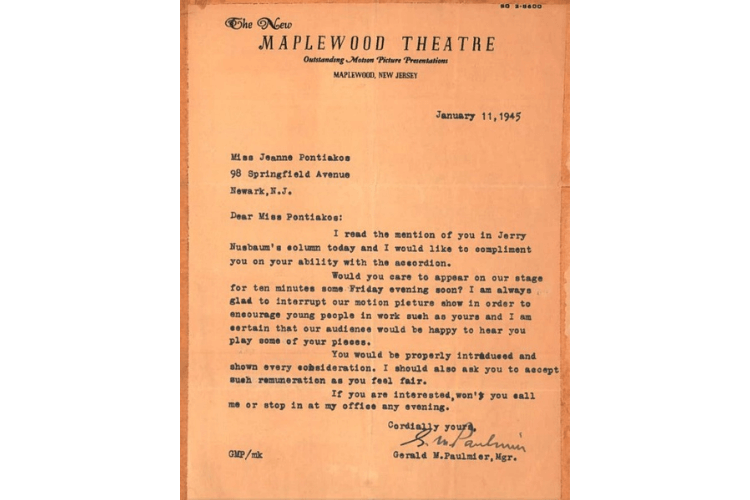 Who says a talent show has to feature a massive lineup of entertainers? Everything looks different due to COVID-19, including the Arbor Terrace Roseland annual resident talent show.

Last year, the event featured participation by staff, residents showcasing their love for singing, poetry, dance and various instruments, plus a huge crowd of family audience members. Just a few participants were expected this year, but it ended up being a fabulous party of one.

There comes a time when one must go it alone, especially when there is an opportunity to express your talent and passion. This was the sentiment of resident Jean Krystalla, who has spent nearly half of her one year as a resident in the community quarantined due to the coronavirus pandemic.

Born in Greece, Krystalla, an accordion lover and player since the ripe age of 9, showed up for the talent show with instrument in hand, not concerned with who else was to participate. She was the only one out of three residents registered to show off their talent who felt up to going on with the show.

In the 1940s, Krystalla played in a musical group that performed at various venues, such as the Elks Club, the Bond Rally in Newark and the Maplewood Theater, also in New Jersey. When a music teacher promoted her Bond Rally performance to a “Star Ledger” journalist, her talent received great exposure after she was featured in the Newark newspaper.

Krystalla has played her beloved accordion on several occasions since arriving at the community just before last year’s talent show.

“Most residents and staff are still getting used to the changes with eating in the dining room and indoor family visits,” said Deborah Edwards, Engagement director. “We had no idea how many would follow through [performing in the show], or what a treat we would be in for just watching Jean do her thing. No other entertainers were needed!”

About the Author: Ellena Balkcom

Ellena is a freelance writer, blogger and marketing copywriter based in Atlanta, GA, who covers health and wellness, business leadership and customer experience.