Caregiver Training University: What You Need to Know

How You Can Celebrate Caregiver Appreciation Day

Though we think every day is a good day to celebrate caregivers around the globe, you can make a concentrated effort to encourage the caregivers around you on Caregiver Appreciation Day. We have a few ideas to inspire you as you take time to give back to the people who care for others all year long.

5 Pieces of Advice for Adult Children of Elderly Parents

Aging can be tough — not just for a senior, but for those who love them. You may watch the parent you once saw as omnipotent lose some of their abilities, become more vulnerable, and struggle with their own mortality. Though every family is different, many encounter similar challenges as they navigate the aging journey. Here are five pieces of advice from The Arbor Company’s aging experts.

Join hundreds of other people looking for the best in senior living tips and resources!

Valentine’s Day, in all its Cupid and candlelight glory, is not just for couples anymore. Indeed, February 14 is now an excellent excuse to shower love on the important people in your life. For seniors especially, who may feel lonely after the excitement of the winter holidays has subsided, Valentine’s Day can be a fun way to have a bit of family (and friend) attention.

5 Unique Activities for Seniors You Can't Find Anywhere Else

Seniors don’t lose their desire to lead rich, fulfilling, active lives just because their bodies begin failing. Yet many seniors find that aging continually erodes their independence. This can be a demoralizing and painful process for seniors and the people who love them.

8 Activities to Keep Your Aging Parents Physically and Mentally Healthy

Your aging parents might not be able to do everything they once did, but that doesn’t mean it’s time for them to give up on mastering new skills. Physical and mental activity can improve your parents’ health and quality of life, help them live longer, and make sure they always have something interesting to do.

A popular Facebook meme reminds us that the “old man” walking around town with his military hat was once tougher than anyone we know. On Veterans Day, the reminder is especially poignant. You might never know of the heroic actions a veteran has taken and never have any idea how the ravages of war haunt him or her. No matter where you land on the political spectrum, the willingness of a human being to put his or her life on the line for his or her fellow citizens deserves acknowledgment.

Supporting an Aging Parent? Here's How to Know It's Time for Help

So often, adult children will say they “want to do what’s right” in support of an aging parent. They want to provide all the care and support possible, but sometimes it gets to be too much. There comes a point where outside help, or even a change to a more suitable living situation, may be in order. 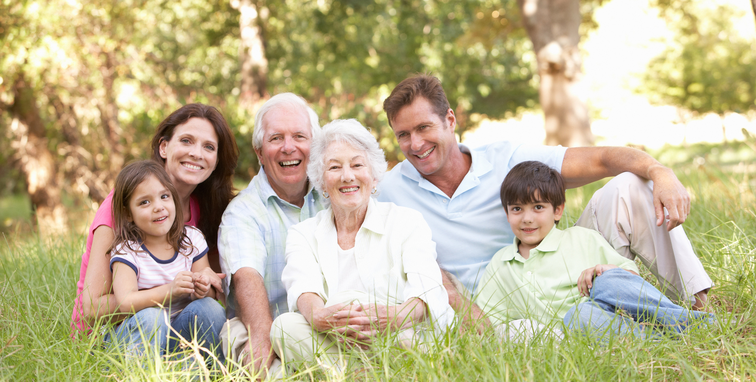 Grandparents Day in Senior Living: How to Get the Whole Family Involved

Every day is a perfect day to celebrate the contributions that grandparents make in our lives, but Sunday, September 10 is designated officially as Grandparents Day. Why not take advantage of this special day to enjoy some intergenerational family time together, making memories and passing down a few traditions? Here are a few ways that you can get your entire family involved in celebrating all things grandparents, no matter where Grandma lives.

Aging comes with its own set of physical and medical issues. However, it can also come with extra stress, crisis, and emotionally charged decisions which can lead to heated disagreements between siblings, parents, and other family members. If you find yourself in the midst of an escalated debate about senior care issues, it can make for stressful family gatherings and can cause major family rifts if not handled correctly. Here are a few of our tips for calming the storm of senior care disputes between family members.